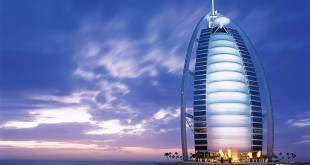 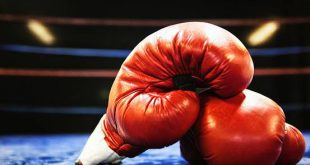 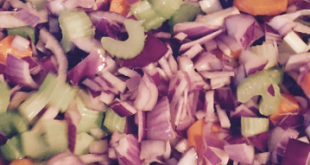 Golf isn’t a sport. I hear this a lot.
How wrong can you be?
Golf is one of the hardest sports in the world to be consistently good at. Golf uses more mental attributes then any other sport and has become one of the most researched sports scientifically. This day in age 60 percent of a golfers preparation and training is done OFF a golf course. Whether this is in a gym or working with someone on the mental side of this ever so frustrating sport. When we look at the greats of the game we can definitely see a pattern occurring. South African golfer Gary Player earned the nickname Mr. Fitness in the 1950s because of his impressive dedication to exercise.
Today, at age 75, the nickname still fits. Most golfers are lucky that every hotel they stay in these days has a fully equipped gym. Most of the guys work on core stability and strength & conditioning.
More and more players are also working on strong lower body for balance and stability. If you activate your Glutes you activate power. So when we look at the inspirations of the game today like Rory, Justin Rose & Jordan Speith- its not surprising to know that wherever they are there will be a gym or fitness coach nearby. The gym is also a place to release pressure and reflect prior to a round or after a tough day on the course. It allows you to channel your focus into something. The game has improved so much with its technology and innovation that players are starting to utilize this by linking power and strength with the distance and control of a golf ball.

‘ You hit the golf ball with your core, that’s where the power comes from’ -Martin Kaymer

18 months ago I weighed 69kg. I am only 5ft 2 and I was classed as overweight. I ate rubbish most days and living out of a travel lodge playing amateur golf the service stations and McDonalds became a very good friend of mine. Long days on the golf course saw me stuffing my face whenever I could. I piled on the pounds and started to notice myself getting out of breath after a 36-hole tournament. When my relationship with my then boyfriend broke down I needed a focus. I had been struggling with an injury and so the gym became my newfound love. I got a personal trainer and we devised a plan.
Matt o’regan changed the way I viewed my sport. I am not going to say the past 10 months have been easy but I have lost 3 stone in weight and I hit the ball 30 yards further of the tee. My body is strong not skinny and I lift heavy weights but do low repetitions. I never ever thought I would swap my milkshake for a protein shake by choice but once you start seeing changes it really does make you want to keep going. I push myself more in the gym than I ever thought possible and its Matts rugby background that has shown me that golf is more a sport than anything else I know. We walk miles and miles every day for a split second of explosive power. We play 4 or 5 rounds a week and when we are not playing we are travelling or practicing. You think that’s tough on your body you should see what golfers have to deal with mentally. A sport where a ball can go anywhere. No matter how good you are, how much you talk to that little round white thing. It doesn’t always behave. We have no control over our body sequence. If one part of the swing is out it could have a major effect on where the ball goes.
Some of the best sports players in the world get frustrated on a golf course. I could ask many a footballer or cricket player why they respect golfers so much and they all say the same thing.

“ Its so frustrating, you hit one good shot and you become addicted. Then on the next hole it all goes wrong again. I swear, I throw clubs, yet every day I want to play it again and again. It’s a sport you watch on TV and think how do those Professionals do it. I think it’s the hardest sport in the world. Kicking a ball round for 90 minutes seems a doddle”

So when you see those major winners lifting trophies think of this….

They have to hit about 65 perfect shots a day. 4 days in a row plus a practice round to win a major title.
Their bodies have to work consistently the same every single time they hit a ball and if they don’t and they hit a bad shot they then have to keep mentally strong to keep their form.
So when someone says to me golf isn’t a sport I always think this.

There are 11 men on a football pitch.
If you’re having an off day 10 other players can cover you. On a golf course you’re on your own.
Only you can make it happen. There are thousands of hours of practice in the gym, on the course, with coaches and trainers that come down to one moment.